I recently got a couple of new trays in and wanted to share them here!

The first tray is a Black Eagle Pilsener Beer Tray. This tray has good color and the main image is a two-headed heraldic eagle with black feathers and red highlights. The Class & Nachod Brewing Co. of Philadelphia, PA. The company was operated from 1913-1920 and then again after Prohibition from 1933-1936. This tray dates to the pre-pro period and while it has some condition issues it’s still a nice new addition. The tray reads “It’s slow process makes it perfect” and below “Class & Nachod Brewing Co. Since 1854”.  There is no manufacturing information printed on the tray and I don’t have any other way to tell who made this design. The double-headed eagle was a symbol of the Holy Roman Empire and the heads represent the church and state. Brewing traditions from Germany and Austria spread to America and many traditional symbols from this area can be found on older beer trays. 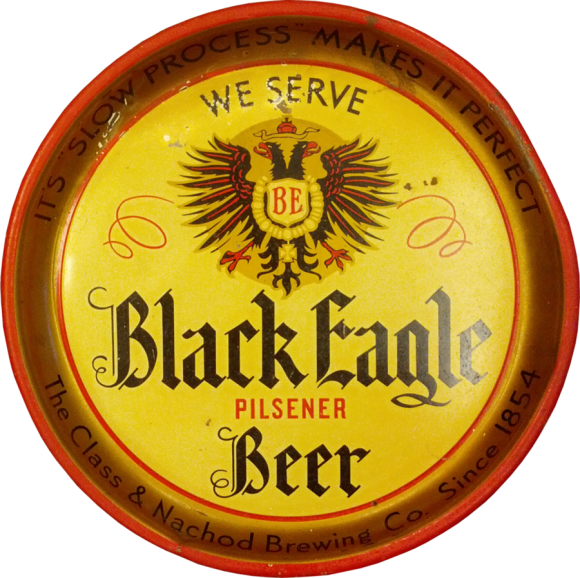 The next tray is an Old Stock Lager Tray from the Philadelphia Brewing Co. It also features heraldic symbols with griffins supporting the coat of arms that is the central feature of the tray. This tray dates to the 1940s and is in very nice condition. It is a 13″ dish tray that is 2″ deep. It was produced by the Electro-Chemical Engraving Co. of New York, N.Y. as can be seen in the second picture. 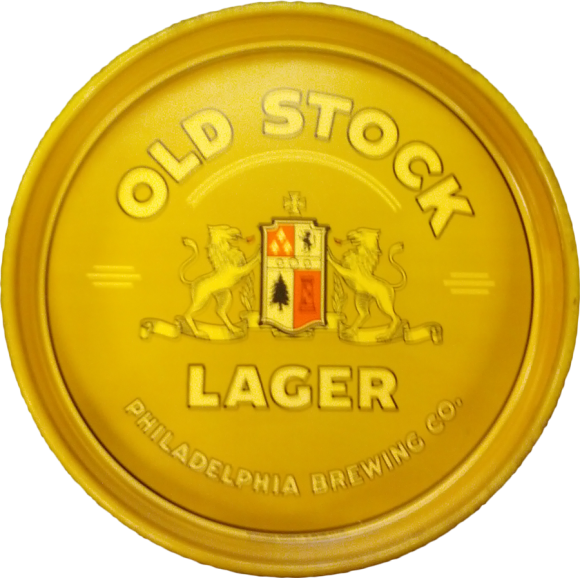