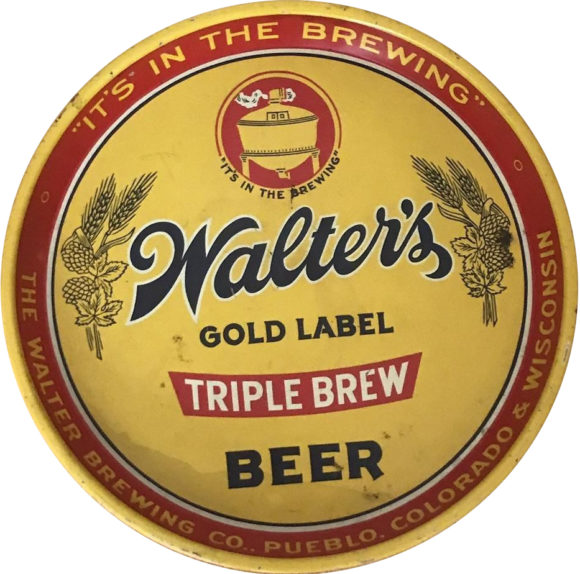 A logo is at the top of the design with script in the center. Wheat stalks are to either side and a red banner is below. A red border surrounds the entire scene.

The Brewing Company represented on this tray is Walter Brewing Co. There may be multiple trays with this same design, but different Brewers. The price will be different based on Brewery and design combination.