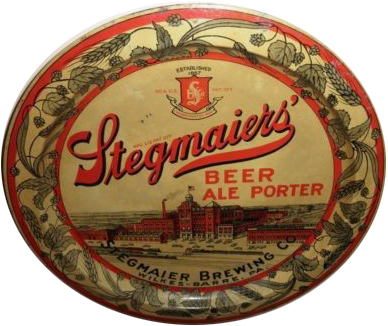 A logo is in the upper center of this oval tray and script is below. In the lower center of the tray is a factory scene in red and black. The outer border has leaves and branches in black and white with some random red touches.

The Brewing Company represented on this tray is Stegmaier Brewing Co. There may be multiple trays with this same design, but different Brewers. The price will be different based on Brewery and design combination.