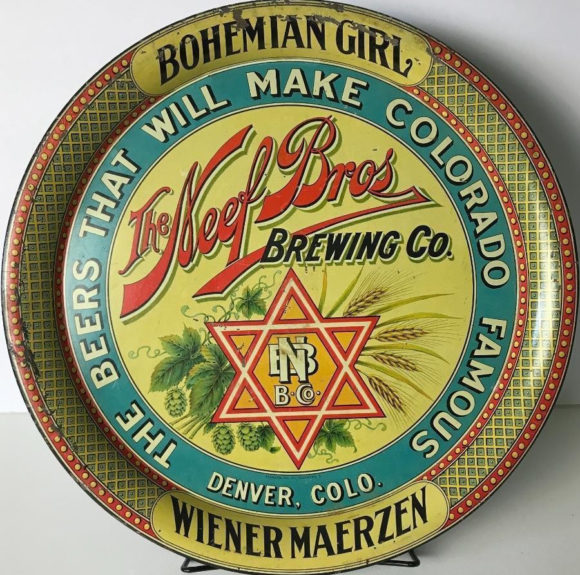 A star is in the center with a script written above and wheat stalks coming out either side. There is a patterned border that is green, red, blue, and yellow. Small dots surround the entire tray.

The Brewing Company represented on this tray is Neef Bros Brewing Co. There may be multiple trays with this same design, but different Brewers. The price will be different based on Brewery and design combination.