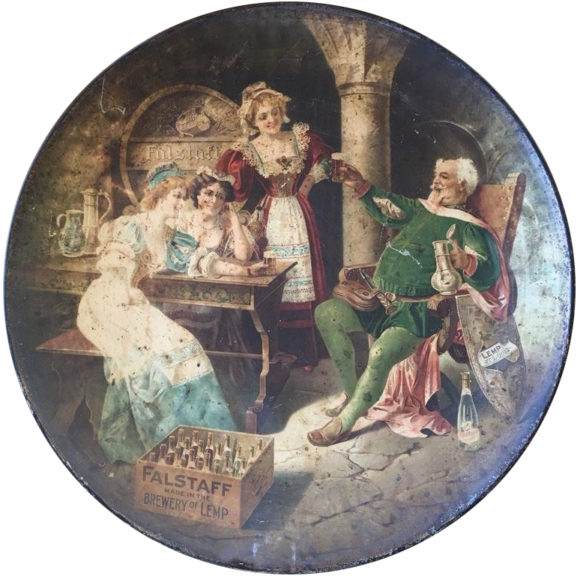 Another circular tray with a renaissance scene is shown in the center with a man in green holding his beer up to three women watching him and sitting at a table. There is a large barrel in the background and a crate full of beer at the bottom.

The Brewing Company represented on this tray is Lemp Brewery. There may be multiple trays with this same design, but different Brewers. The price will be different based on Brewery and design combination.