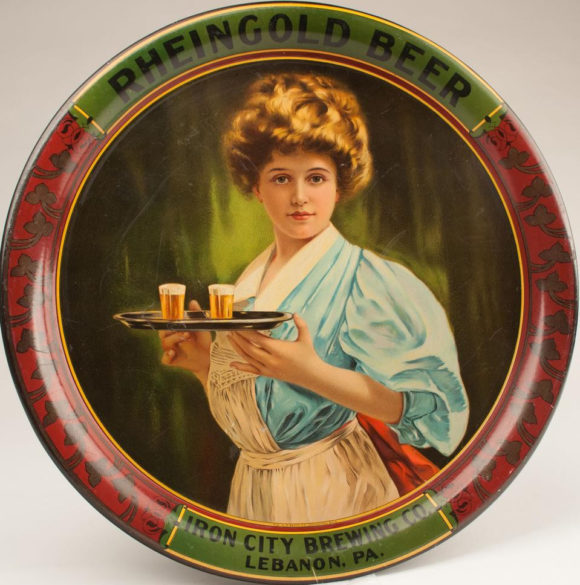 A female dressed in blue and white stands in the center holding a beer serving tray. She faces towards the left side of the tray and stands in front of a green background. She has two small beers on her tray. The beer tray itself is surrounded by a split green and red border with black text.

The Brewing Company represented on this tray is Iron City Brewing Co. There may be multiple trays with this same design, but different Brewers. The price will be different based on Brewery and design combination.