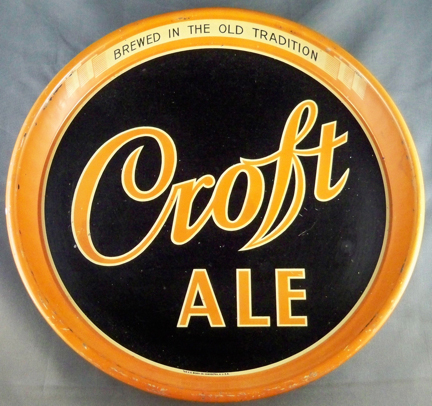 This tray for Croft Ale by Croft Brewing Co. of Boston, Massachusetts can be found in the orange color seen in the picture, as well as in a red version (the orange version is the rarer of the two). This 12″ round tray dates to the 1940s and while it is not especially elaborate it does really stand out as a display piece and looks great in any collection with the bold contrast between the black background and orange script Croft.