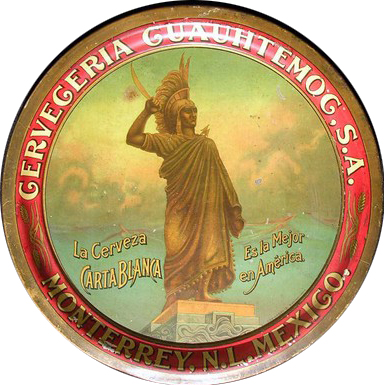 A large statue in sepia colors is in the center of the tray with the clouds behind. There is text towards the feet of the statue. The Native American Indian is holding a knife in his hands and has feathers in his hat. The border is red and gold and features white text.

The Brewing Company represented on this tray is Carta Blanca Beer. There may be multiple trays with this same design, but different Brewers. The price will be different based on Brewery and design combination.