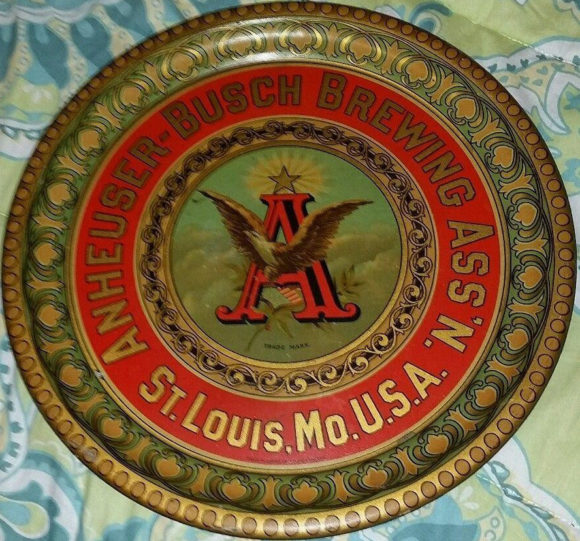 The letter “A” is in the center of this tray with an eagle sitting on the crossbar. A star appears above the “A” and the “A” is placed on a background of clouds. Surrounding the previously described illustration is a decorative gold border, followed by a red border with gold text. Beyond that is yet another green and gold border followed by a final border with gold dots.

The Brewing Company represented on this tray is Anheuser Busch Brewing Assn. There may be multiple trays with this same design, but different Brewers. The price will be different based on Brewery and design combination.