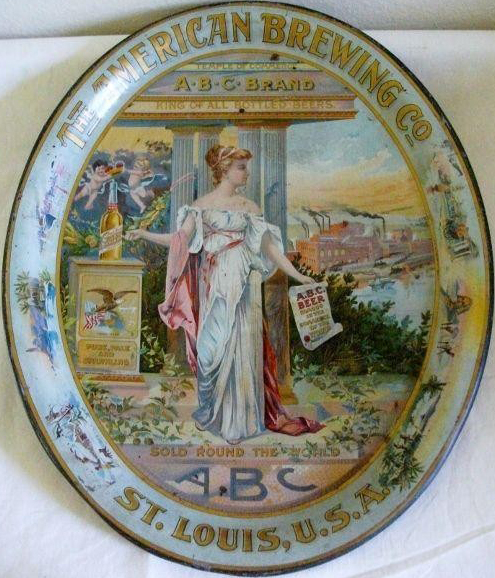 The American Brewing Co, A B C Brand, Sold Round The World, St. Louis, U.S.A.

A female clothed in white and red stands in the center with a paper in her left hand. She stands in front of two columns with a city scene in the background and two flying babies to her right. There is a bottle of beer near her outstretched right hand. A pale blue border with gold text surrounds the entire illustration.

The Brewing Company represented on this tray is American Brewing Co. There may be multiple trays with this same design, but different Brewers. The price will be different based on Brewery and design combination.