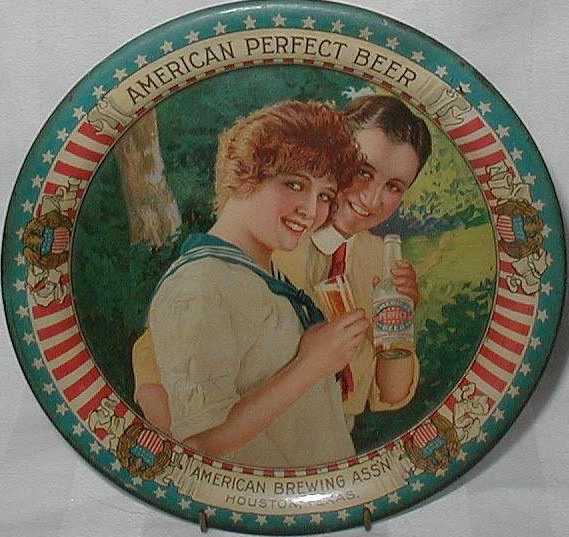 Two figures are in the center of the tray. A man is behind the woman, and they both hold some type of beer. The man hols a bottle and the woman has a glass. She is wearing white with a blue neck tie, and the man has a tan suit on and a red tie. There is a forest scene in the background. The border is red and white stripes and stars to the outer blue edge. Text is black.

The Brewing Company represented on this tray is American Brewing Co. There may be multiple trays with this same design, but different Brewers. The price will be different based on Brewery and design combination.